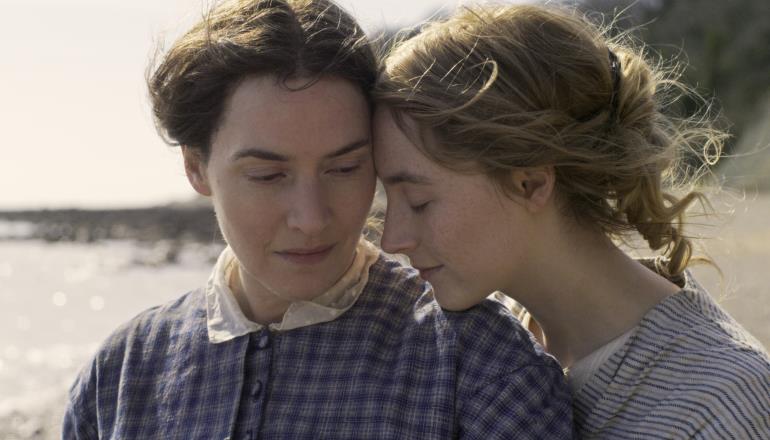 Francis Lee
Francis Lee was born in Yorkshire in 1969. He studied acting at Rose Bruford College and starting out with roles in plays, on television and in films (he appeared in the film Topsy Turvy by Mike Leigh, among others). In 2009 he wrote the script for the short film Bantam (directed by Graham Clayton-Chance). 2012 marked Lee’s debut behind the camera with the short The Farmer’s Wife, followed by two more shorts, Bradford Halifax London and The Last Smallholder. He made his first feature-length film, God’s Own Country, in 2017, winning the award for Best Director in the World Cinema section.

In the 1840s, palaeontologist Mary Anning works alone on the wild Southern English coastline of Lyme Regis. The days of her famed discoveries are behind her, and she now sells common fossils to rich tourists to support herself and her ailing mother. One such tourist, Roderick Murchison, entrusts Mary with the care of his young wife Charlotte, who is recuperating from a personal tragedy. Mary cannot afford to turn him down, but clashes with her unwanted guest. Yet, despite the chasm between them, Mary and Charlotte discover they can each offer what the other has been searching for: the realization that they are not alone. It is the beginning of a love affair that will alter the course of both lives irrevocably.

DIRECTOR'S STATEMENT Mary Anning resonated very personally for me. A working-class woman on the unforgiving and dangerous sea shore in Dorset, with virtually no education, thrust into being the breadwinner for the family at the age of eleven following her father’s death, nevertheless rises to become one of the leading but totally unrecognised palaeontologists of her generation, totally self-taught in a deeply patriarchal and class ridden society.
I wanted to tell a heartfelt but stark love story. I wanted to explore what this relationship might mean to someone who has not only been socially and geographically isolated but who has had to close off to any emotional life, where you replace affection and intimacy with work and duty, and where you’ve been overlooked and ignored your whole life because of your gender and social class.
Ultimately Ammonite is a deeply personal film. An investigation into how to navigate a relationship from deeply lonely, disconnected beginnings. How we learn how to love again after being hurt. How we can be open enough to love and be loved. How we can accept and forgive and learn through the power of a true, intimate connection.