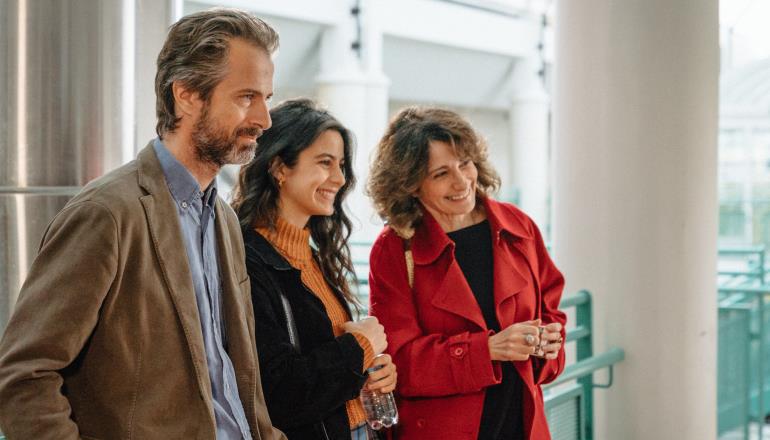 Francesco Bruni
Francesco Bruni started out as a co-writer of the film Condominio by Felice Farina. He went on to co-write films by Paolo Virzì and Mimmo Calopresti. For the small screen, he adapted Andrea Camilleri’s novels for the Inspector Montalbano series. Bruni made his directorial debut with the film Easy!, which earned him a David di Donatello for Best New Director as well as the David Youth Award. He next directed the films Noi 4 and Everything You Want.

Bruno Salvati’s life seems to be going nowhere. His films were never hits and his producer is having trouble getting the green light on his next project. His wife, after their recent separation, already seems to found his replacement. On top of this, he has his failings as a father of his two children. Then one day Bruno learns he has leucemia. He turns to a skilled and tenacious hematologist to find a compatible stem cell donor.

DIRECTOR'S STATEMENT In March 2017 I was diagnosed with blood cancer and underwent a transplant of stem cells from my brother in February 2018. The film is based on this experience, but I made the story more complicated so it wouldn’t come off as a mere medical case report. So like my three previous films, the screenplay is partly autobiographical, with a fictional overlay.