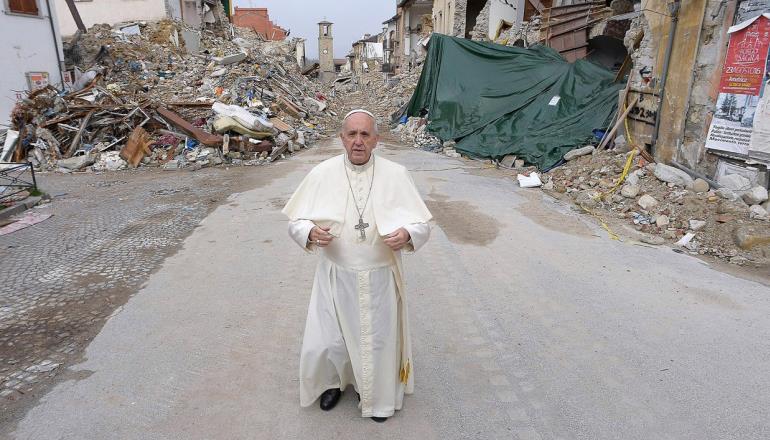 Francesco takes a look at the most pressing challenges of the 21st century. The film asks deep questions about the human condition and does a deep, compassionate dive into our most pressing issues. As we go on this journey, our guide is Pope Frances, who shows us, with tremendous humility, wisdom and generosity, moving examples of his life lessons and works to help us understand what it will take of all of us to build a bridge to a better future.

DIRECTOR'S STATEMENT Francesco is not a biographical film about Pope Francis in the traditional sense. Rather it is a film that shows us the world as it is today and a path to understanding what a better future can be for tomorrow, as seen through the remarkable work of the Pope in the areas of climate change, immigration, peace and religious tolerance, LGBT support, health and economic equality, and, by example, the meaning of inspired leadership.