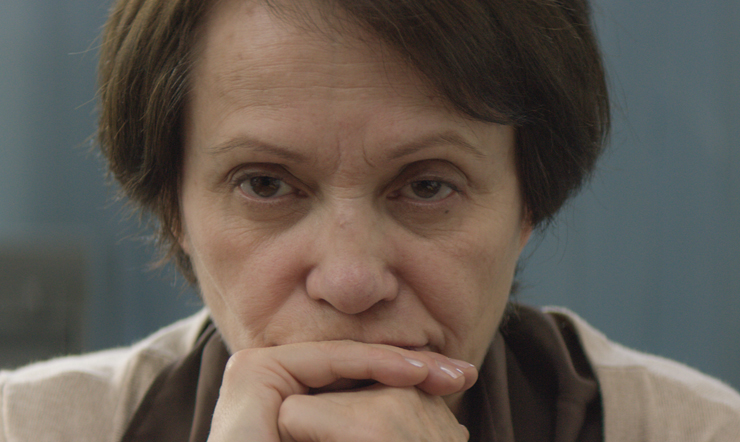 Doña Flor is a bureaucrat. She has worked in the same government office in Mexico City for over 35 years, attending to people from all the corners of Mexican society—rich, poor, educated and illiterate alike. One day her life becomes unhinged and she goes to the pool seeking solace in the water, but is paralyzed by fear until a gesture of kindness from another woman resuscitates her. An exploration of the interior life of Doña Flor, as she awakens from her bureaucratic slumber and yearns to become visible again, the story is a mesmerizing contemplation on solitude.

DIRECTOR’S STATEMENT How do we make films about violence? This is a question at the root of all the films that I have made and one that I have grappled with not only formally, but morally and ethically. In her essay about the Abu Ghraib photographs, “Regarding the Torture of Others,” Susan Sontag writes, “The horror of what is shown in the photographs cannot be separated from the horror that the photographs were taken.” In here lies a clue to the beliefs that dictate my decision to make films about violence without violence. Graphic images of violence repulse us, they make us turn our gaze, assert distance between us and them. We become desensitized and indifferent to violence. Rather than affronting the viewer with graphic images that shock, awe and divide I want to place the viewer in the position of someone who lives in a state of violence, a state which is not only defined by acts of violence, but by conditions that dehumanize individuals and create a society of fear. After finishing The Night Watchman, a documentary about drug violence in Mexico, I wanted to look at the violence of bureaucracy. I was inspired by Hanna Arendt’s idea that bureaucracy is a severe form of violence because it dehumanizes the individual by making him a mere cog in the machine.