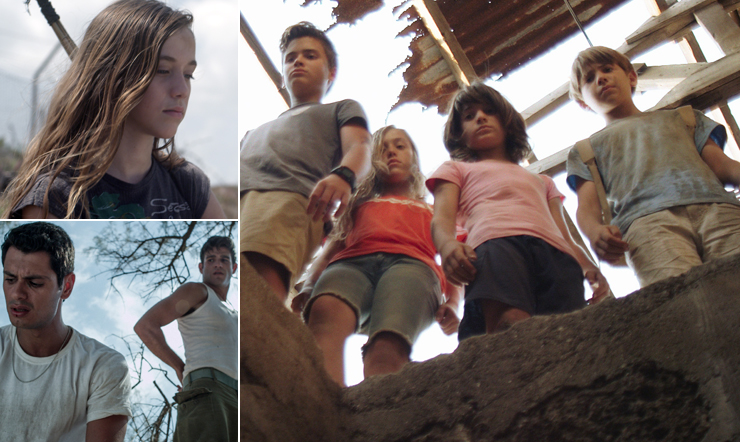 Four young children who live in a village of military officers' families, form a small gang. An old abandoned army base, located in the wild fields nearby, becomes their camp. Another war begins in Israel, and most of the men are drafted to serve their country. The mothers sit worried in front of their television sets and listen to the constant news reports, while the kids, with no one to supervise them, return to their camp in the wild. To their surprise, they discover two soldiers who have deserted their units and are using the camp as their hideout. The children try to regain control over their stolen territory, but the soldiers hold their ground.

DIRECTOR'S STATEMENT As a child I used to play with my friends within the barriers of an abandoned military camp. That captivating place gave us the feeling of living in a wild world that we could rule. In my film I wanted to tell the story of Israeli children who grow up like I did, in a militant society, with the war always in the background. I would like to raise the question of how this ongoing conflict can ever come to an end, when generations of children grow up in this environment and have come to know only aggressive solutions to their problems. To point this out, I decided to portray the world with a rough realism from the children's point of view, as they run and hunt in the apocalyptic-like landscape of an abandoned military camp, overcome by the wild nature that surrounds it. The conflict between the children and the soldiers is violent and uncompromising, showing how surreal and decadent our world has become.